Tom began his legal career representing the poor with the Legal Aid Society in the Bronx.  He then entered the private practice of law in Westchester County specializing in trial work. 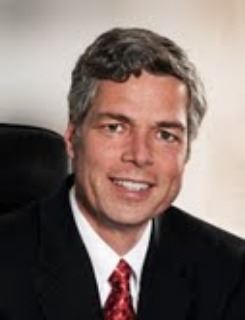 Elected to the Common Council

Tom was elected to the White Plains Common Council in 2001.  During his time on the Council he focused on constituent service, sound fiscal management, and the environment.  Clean air restrictions on construction sites, which he spearheaded, remain part of the approval process in White Plains and have served as a model for other communities.

In February of 2011, while serving as Council President, Tom became Acting Mayor.  He was elected Mayor in a special election shortly thereafter and won election to his first full term in office in November 2013. Tom was re-elected to a second term in November 2017. On both occasions Tom won re-election with well over 70% of the vote.

During his time as Mayor, Tom has worked to maintain strong city services under difficult financial conditions by producing budgets compliant with the state mandated tax cap, maintaining the city’s AA1 credit rating, and improving its financial outlook to one that is “stable.”  He has pioneered the use of new communications technologies in an effort to keep residents informed, particularly during severe weather events and emergency situations.

Tom has spearheaded important environmental and sustainability initiatives including banning the dirtiest heating oils, creating the first dedicated bike lanes (including the first protected bike lane) in the county, and establishing a network of electric vehicle charging stations in municipally owned parking structures.  Under his leadership, the project to finally cap the city’s landfill, which closed more than 30 years ago, was completed and the city passed Complete Streets legislation.  Also under Mayor Roach, the city has streamlined the residential solar permitting process, replaced all of its street lights, as well as the lighting in several city-owned garages, with LEDs, and initiated textile recycling at the City’s Gedney Yard. The textile recycling program has successfully diverted more than 100 tons of textiles from the waste stream since its inception in 2014. Mayor Roach has long been interested in utilizing solar energy at the municipal level, and under his direction the city partnered with NYPA on a large-scale community solar solar project using a portfolio of city-owned sites. In total, these installations are expected to generate up to 6.8 megawatts of power per year, which will triple the amount of solar energy produced in Westchester County.  The community solar model produces solar energy that goes back to the grid and allows residents who enroll in the program to receive a credit on their bill every month, a win-win for residents and the environment. The City of White Plains has been designated a Clean Energy Community since 2017.

In 2016, the city began to assess a recreation and parks impact fee on new multi-family residential developments. The fee is to be used to enhance existing city parks and playgrounds and to create new ones.

Under Mayor Roach’s leadership, the city completed a complex transaction to take control of the dilapidated, privately-held garage on Waller Avenue and replace it with a state of the art city-owned garage which has provided needed parking and an economic boost to the city.

Tom’s long term vision for the city is to continually enhance the downtown environment for businesses and residents while at the same time maintaining the strong, vibrant residential neighborhoods that have long characterized White Plains. Toward this end, he has prioritized playground renovations at neighborhood parks. He also opened a new city park, the Bryant – Mamaroneck Park, which has a passive walking trail and features a popular StoryWalk. Tom has brought a number of new events to the downtown. Under Tom’s initiative, the City received grant funding to enhance Court Street, where a number of these events occur, as a premier event space. The enhancements make it easier and less expensive to hold events there.

Mayor Roach has prioritized growing the number of affordable housing units in the city to ensure that White Plains remains a city that people of all income levels can call home and he has revamped the City's Affordable Rental Housing Program to ensure that more people  will be eligible to participate in it. Under Mayor Roach, the city completed a comprehensive study of the area immediately surrounding the White Plains Metro-North station and will be moving forward with plans to revitalize that area with enhancements for all modes of transportation and mixed use development. The study was characterized by a never before seen level of public outreach and engagement.

Tom has served as a member of the Mass Transit Task Force for the new Mario M. Cuomo Bridge, as the President of the Westchester Municipal Officials Association, and President of the New York Conference of Mayors (NYCOM). He remains an active NYCOM member and an advocate for municipal governments at the state level.

Tom enjoys spending time with his family, reading, skiing, live music, and running.  He has a personal best in the NY Marathon of 2:47:47.

In 2008, Tom was diagnosed with stage 3 cancer of the nasal pharynx and concluded treatment in 2009.  He is currently cancer free and did not miss a single regular Council Meeting during his illness.