October 8, 2021.  The White Plains Police Department has created a web page which focuses on the recommendations of the White Plains Police Reform Committee and provides the public with their  current implementation status.  This page will continue to be updated to reflect ongoing implementation efforts. To view this page, please click here. You may also access this page by going to www.whiteplainspublicsafety.com, click 'Police' along the main navigation bar at the top of the page, and then click, "Police Reform' on the drop down menu.

Comments on the report will be accepted through March 6, 2021. Submit comments via email at: policereform@whiteplainsny.gov or by calling (914) 422-1313.

Subsequent to the Executive Order, New York State issued detailed guidance for the Police Reform and Reinvention Collaborative to all jurisdictions with police departments. Click Guidance to access the document. 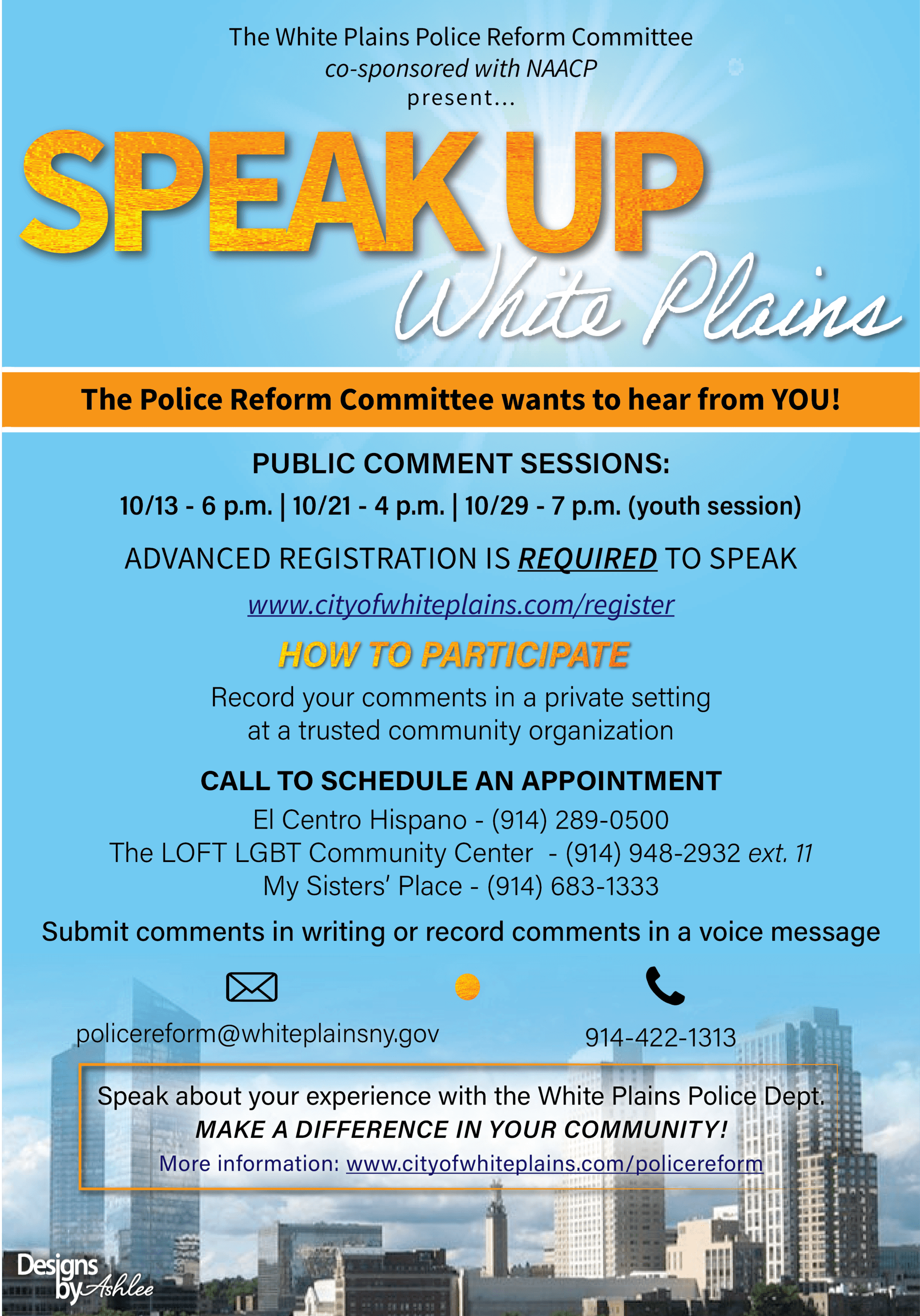 Email policereform@whiteplainsny.gov to submit your comments in writing.

Visit a trusted community organization and record your comments in a private, one-on-one setting.

Please Note: All comments – no matter what form they take – will be shared with the members of the White Plains Police Reform Committee. 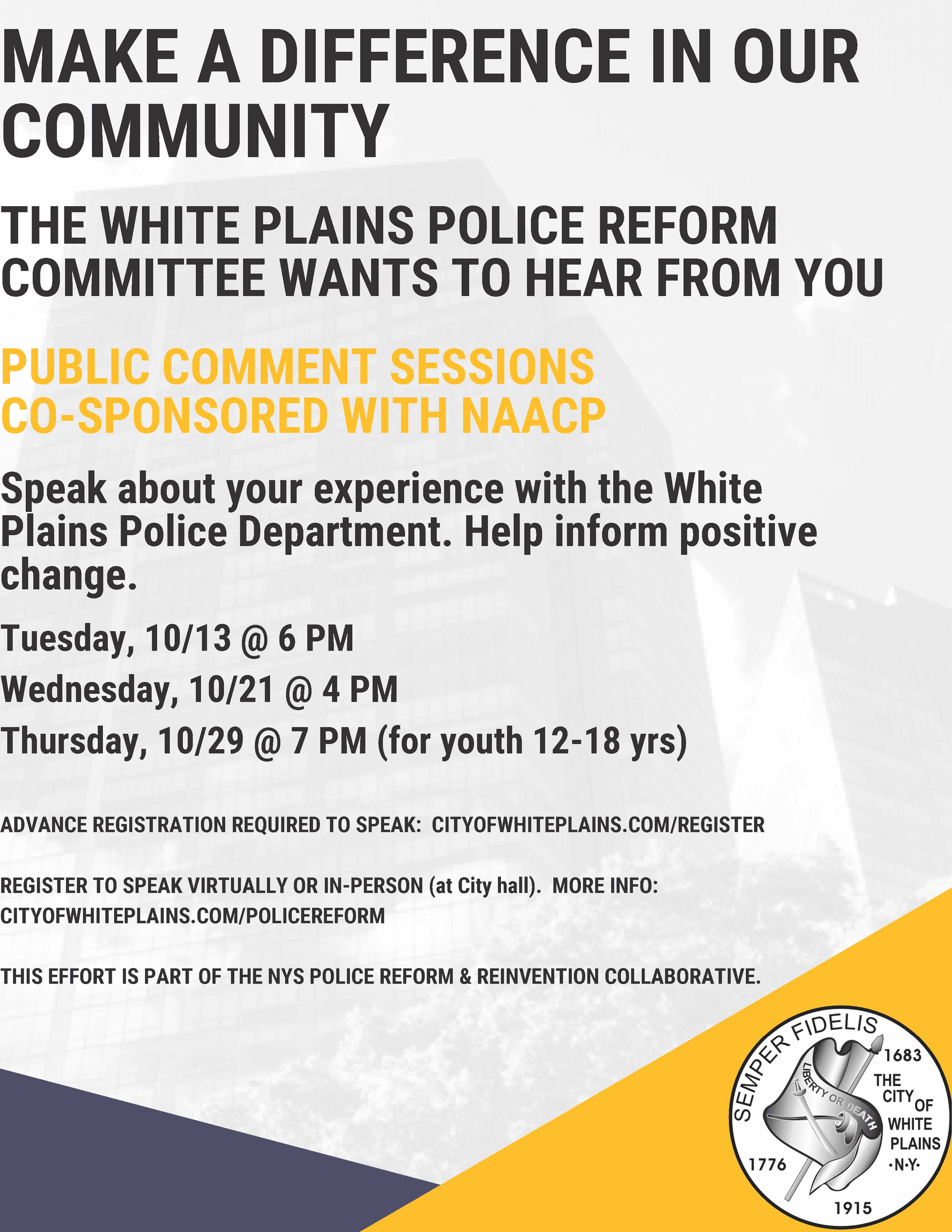